With PlanABrand’s Cindy Faith Swain, Needing a Plan B Is a Thing of the Past – Noozhawk.com

With PlanABrand’s Cindy Faith Swain, Needing a Plan B Is a Thing of the Past – Noozhawk.com

At least it was for Cindy Faith Swain when she came to California in the late 1980s.

Cindy Faith Swain was recently honored by the Santa Barbara Chapter of the Association for Women in Communications as its 2011 Member of the Year. (Alex Kacik / Noozhawk photo)

“I came to California to be a rock ‘n’ roll star,” Faith Swain said. “Then I thought I needed some money and that it would be nice to have a real job with health benefits.”.

I use Twitter daily and it has changed my life; it has put oomph into being a sole-proprietress.

Jack Dorsey, Chairman and Co-Found of Twitter, in this YouTube video (starting at time code 1:09 – below) said “I use Twitter as much as a journal as a broadcasting mechanism.  I can go back and see four years of my life and pinpoint every single development I’ve had in those four years.  Everything has been crystallized into some sort of message that may have been relevant to what I was experiencing and may have just provided some color….”

Since I started Tweeting two years ago, Twitter has helped me:

I am always trying to find new ways to market by listening and learning from others as well as being ‘ingenuitive.’  I continually learn from the comments of those I ‘follow’ and those they follow; what I do and don’t like; what I do and don’t want to emulate.   Listening to and sharing ideas in a short and sweet dialog of no more than 140 characters gives a solid ‘headline’ snap shot.  If I want to learn more, Tweeters usually include a shortened URL to continue on.  I like to share my knowledge with those who follow me.  I have an attitude of what I can bring to party first.  The ROI generally happens as a result of word/tweet of mouth, and I use Twitter to practice and learn marketing strategies. 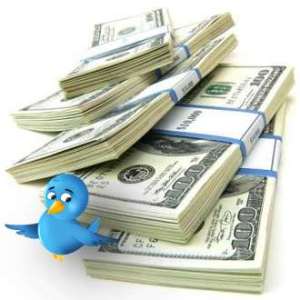 Twitter is a for profit site but it has been unclear to me (and apparently to the masses) as to how they make money.  I did some investigating, and what I found is that Twitter has mostly generated revenue opportunities through deals with companies like Google, Yahoo and Bing, who bought the rights to display live Twitter feeds in their web search results. Twitter earned millions of dollars in revenue by selling the rights to publish live tweets on any trending topic. It’s a win-win deal, as it brings more users to Twitter and provides search engine users with live data which ultimately helps the advertisers to decipher and package this information.

Then there is the related concept of created ‘Promoted Accounts’ for advertisers such as Coke, Disney, and Starbucks which will be shown in the ‘Suggestions for you’ section, presented for Twitter users to follow. This advertising model is expected to increase Twitter’s revenues to up to $125 million in 2011 etc.

If you are trying to figure out what kind of Social Media can help you connect with others, LinkedIn Bootcamp may help you to understand just a little bit better. Take a look at the 5 minutes ‘bootcamp.’